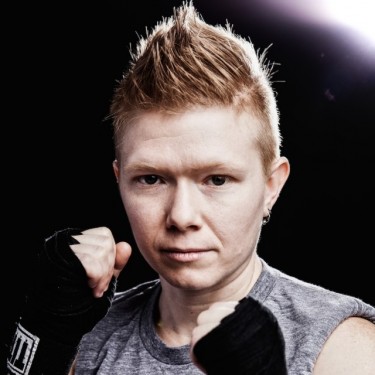 The worst miles in a marathon for most people are miles 20-23, but not so for me. When I reach mile 20, my thought is “sweet, less than one hour of running left!” (Yes, there comes a point in marathon training when you actually think running for an hour is a short run.) Rather, my “wall,” as runners like to call it, comes somewhere between miles 10 and 13. I reach mile 10 or 11, and I think, “I’m so tired. I feel like I have run 100 miles, and I’m not even halfway finished. My feet are too hot, my legs ache, and I’m pretty sure I’ve only been running downhill, which means the next 15 miles are going to be uphill. I cannot do this. I’m not good enough. I will never finish.” Although I have finished the 3 marathons I set out to run, I think miles 10-13 (and the head games I play during those miles) are what have kept me, and perhaps what will always keep me from qualifying for the Boston Marathon. I end up easing up on my pace, I walk a bit, and I adjust my expectations (i.e., give up on my goal).

I seem to reach this wall in just about everything I do—in science, in music, in learning Spanish. I’ve found that I can fly through those first 10 miles. During these miles I’m satisfied with my pace. I’m assured that I’m learning quickly because every day I pick up something new. I’m seeing the miles go by. Then I reach this point somewhere before proficiency where the learning curve levels off a bit. Here, I face the things I’m not good at—the things that didn’t come naturally in miles 1-10. I become immensely frustrated with myself because I’m still working as hard, but my pace has slowed. I feel like I’ve come so far and learned so much, but I gaze up ahead, I see how far I have to go—how much I have to learn, and I lose heart.

In science, I plodded through these miles during the first and second years of my PhD. After receiving a Master’s of Science at the University of MI, I had thought nothing could be harder than going from music to Ecology. I imagined that I would never have to work harder than I did those two years. It turns out that this was not the case. I realized abruptly how little I knew in my first classes at Harvard. I’d learned so much, and yet, I was still so far from being a scientist. Just how critical of myself I am became apparent when, on the advice of several faculty, I took an advanced statistics class for which I’d taken none of the prerequisites—not even Calculus II or Linear Algebra, which are generally considered critical for statistics. I thought that statistics should just make sense to me if I put in enough time and effort. And I gave myself no grace whatsoever when it didn’t. By some miracle and a bit of brute force, I made it through those years. I am still learning as a scientist and always will be, but in the process, I’ve become a little more gracious with myself. I’ve learned that no scientist knows everything (although I’ve found that we are almost always trying to convince each other that we do), that we are all learning together, and that we all make mistakes.

In learning Spanish, I seem to be stuck indefinitely at mile 11. I’ve learned so much, I can understand much of what I hear, but I can’t speak it to save my life. In the back of my mind, I am sort of convinced that someday I will wake up, everything will click, and I’ll be able to speak proficiently. I mean, really, I’m dating a Mexican. Shouldn’t it rub off or something? Even though I would never expect to finish a marathon without running the last 15 miles, I somehow imagine that it should be different when it comes to the other activities I take on.

It appears that I have hit the wall in boxing. Or I’m having a bad week. It could also be that. At any rate, I am frustrated with everything. I feel like a two-year-old who is not getting what she wants—no, she NEEEDS. I cannot throw my punches hard enough. I cannot move fast enough. I’m not blocking well enough. Nothing I do is good enough for me, and I want to throw a little tantrum about it. I’m sparring with women who have incredible power behind their punches. This is because they use their whole body—not just their arms when they throw a punch. Even when they are trying to be gentle, their blows hurt simply because they turn their hips and use the force of their body when they throw. I try and try, but my hips do not like to move that way. I continue to throw with my arms, and this means when I hit, it’s little more than a pat on the head. (If you’ve been hit by anything harder, it was probably by accident.) Nothing is more frustrating to me than knowing what I need to change and not being able to change it. Even though most of these women have been throwing punches much longer than I have, and I know it is totally unrealistic to think that in a few months, I can have what they’ve worked for years to accomplish, I still want it. Now. And in walks the two-year-old.

Today, I’m trying (if not entirely successfully) to calm my inner toddler. Although I feel I would rather just be able to do everything perfectly, I’m trying to address the other problem: not only forgiving myself for being human but embracing my humanity and accepting that I will not do anything perfectly almost ever. Which is OK because perfection would actually be pretty boring. The very reason I love the things I do—science, music, running, Spanish, boxing—is because they are difficult. These things challenge me, and so I am always learning and growing. I am constantly getting better—even if it’s not as quickly as I’d like. It is the process that I truly love, and the feeling of success when I finally get something right. As every marathoner knows, the finish line tastes so much sweeter when you’ve run 26.2 hard miles to get there.

As for boxing, I’m learning slowly to turn my hips and throw harder punches. And I’m trying not to turn those punches on myself. After all, if I ever did to myself in the ring what I do in my head outside the ring, I’d only succeed in looking like an idiot.